A Comprehensive Guide About Living in Southampton 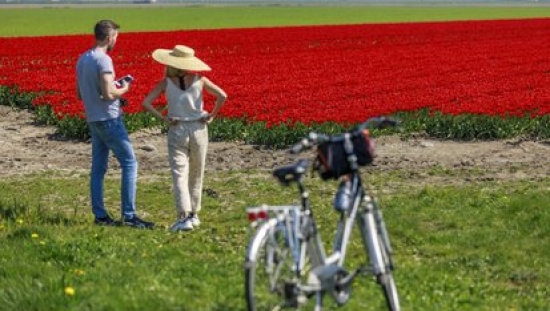 If you’re thinking about moving house, you might be tempted by Southampton. The coastal city that started life as the industrial hub of Southern England now attracts up to 4 million visitors a year, drawn by its vibrant city culture and seafaring history.

If it’s green space you’re looking for, you’re in luck – with over 50 parks and open spaces, Southampton is one of the ‘greenest’ cities in the UK, with the New Forest right on your doorstep!

The Cost of Living in Southampton

Southampton has a lot to offer its residents: it’s a bustling port city so there’s always casual employment available in bars, shops, restaurants and hotels – though you might be up against the busy student population from the University of Southampton and Southampton Solent. The business district The Mayflower Quarter is growing, and is a great place to start for young professionals, or for a career change.

Although the crime rate in Southampton is moderate, this is to be expected in a busy city. Residents note that they feel safe walking alone during daylight – and over half say the same for night time – but it’s worth considering if you’re moving from a small town into a busy city.

There’s a comparatively high cost of living in Southampton compared to average monthly and yearly earnings – it’s nothing compared to the capital city, but most two-adult households manage a disposable income of around £14,000 per year after expenses like travel and entertainment.

If London prices are just too high, you’ll be pleased to know that the average cost of living in Southampton is up to 35% cheaper than in the capital city. You’ll find a regular semi-detached family home in Southampton for around £263,000 – with the same size property in London going for almost triple that at £630,000.

The most popular properties sold in Southampton are flats – for which you can expect to pay around £165,000 on average.

If you’re looking to rent a property, an average two-bedroom property will set you back around £830 a month.

There are a lot of primary and secondary schools in Southampton, as well as dedicated nurseries, colleges and Sixth Forms for all levels of your child’s academic career. If you’re interested in having your little ones privately educated, there’s a handful of high-quality private schools including King Edward VI school (the highest-performing school in the city) and St Mary’s Independent School.

When it’s time to move onto university, Southampton is home to the University of Southampton – best known for its prestigious Engineering, Business and Biology courses – and Southampton Solent – which offers Maritime courses including Maritime Business, Marine Electrical

Engineering and Maritime Law – if your kids want to stay local.

The Best Places to Live in Southampton

Just as with any city, you’ll find some lovely places to live, and some that aren’t so nice. We’ve compiled a list of some of the best areas to live in Southampton – judged by the quality of life there and percentage of people in education or employment.

1. Bassett ​- a suburb north of the City Centre, Bassett is home to an eclectic mix of retirees and students who live in the University of Southampton halls of residence. Despite the student population, it’s a quiet and friendly place to live.

2. Swaythling​ – another student-heavy suburb, Swaythling has a lot to offer its residents: after all, students need something to do when they’re not in class! You’ll find lots of shops, leisure facilities and restaurants in the local area.

4. Shirley ​- surrounded by Southampton Common, Shirley is a mixture of council-owned houses, and semi-detached and terraced properties. It’s the biggest retail space west of the City Centre.

Pros of Living in Southampton

● You’re never far from a park or green space in the city – there are over 50 parks, as well as The Common, which is over 320 acres of natural woodland. Perfect for a stroll – to walk the dog, head out with the little ones or just to clear your head after work.

● Southampton is a historical city. You’ll find a mix and match of different time periods all around the city – from its medieval walls, to the Tudor House Museum, to the port where the Titanic set sail.

● If you’re moving to the city to study, you’ll be attending one of the two prestigious universities, which play a major part in attracting a highly qualified, well-paid workforce to Southampton.

● The nightlife is something many Sotonians love about their city! You’ll find plenty of pubs and nightclubs as well as fancier restaurants and bars depending on your mood – and your outfit.

● If you like sailing, you’re in luck. Southampton is one of the premier sailing destinations in Europe. Yes, really!

● The food. There’s a huge range of eateries to try out and loads of different styles of cuisine brought to the city from the cruise ships and ports. Some of the best restaurants include an all-vegetarian Indian buffet, a comic-book based pie and mash shop and some luxurious
Venetian bacari – think tapas, but make it Italian.

Cons of Living in Southampton

● The weather. We know, we know – you’re unlikely to find a permanently sunny spot in the UK, but with Southampton being by the coast, you’ll find it drizzles more often than the sun shines. Winter is freezing and windy, but Summer should be comfortable with a sea breeze to keep you from getting too hot.

● Although “the city that never sleeps” might be New York, the same can apply to Southampton. If you’re living in the heart of the city, you’ll be hard-pressed to have a quiet night – with a bustling nightlife, busy port and a high student population, you’re more likely to wake up to people shouting in the streets or the foghorn of a boat out at sea than the sound of birds chirping!

● London is so near, but yet so far. London is near enough to Southampton that you could go for a day trip, but with train tickets costing anywhere from £48 to over £200, it’s a pricey choice for a day hitting up Oxford Street.

If you don’t mind a bit of hustle and bustle, but don’t fancy the London price tag, Southampton is a great place to live if you’re after a busy life with plenty to do and see.

If you’re considering moving to Southampton, ​get in touch​! We’ll make sure you and your family have everything you need for a successful move.